Torres: ‘Liverpool Betrayed Me By Meeting All Of My Demands’

Chelsea’s new 50 million pound striker Fernando Torres yesterday revealed to a close friend why he was so desperate to leave Anfield.

‘At first he was merely disgruntled,’ our source confided, ‘those two Yanks were dismantling the club piece by piece and there was a lot of disharmony around the place. The prospect of Liverpool challenging for honours was looking increasingly unlikely, and to cap it all, his best mate and captain, Stevie G, called him a ‘ladyboy blert’ in training one day’.

‘So Nando started testing the hierarchy, to see just how much he was valued there. He wanted confirmation that he was loved’.

The androgynous Spanish diva publicly stated his frustration at the club’s ongoing problems, and questioned their ambition.

In response to this assurances were made in private of exciting summer signings ahead. Torres however wasn’t satisfied.

Despite the fact that the Reds were in the midst of a critical top four battle, he then requested an operation to solve his spastic hamstrings, a procedure that had initially been pencilled in for the summer break, and brought forward purely so he could represent his country at the forthcoming World Cup.

Astonishing Liverpool acquiesced, a thoughtful gesture that outraged the player.

‘He was getting noticeably angrier with every passing week’ our source divulged. ‘He called me up one night in tears. ‘They’re mocking me’ he claimed, in his sexy foreign accent. ‘Why can’t they tell me I’m just a footballer, not some kind of petulant god, and we can move on from this?’’

Torres then launched a furious fusillade of demands that he was sure the club would have to reject. He wanted a personal physio. The request was granted. He insisted on a thirty grand pay rise. Again, the club buckled immediately. 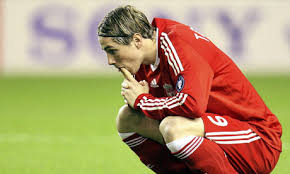 ‘The poor lad was now beside himself. He kept saying that they were backing him into a corner and that he didn’t want to leave but – by being so accommodating to his every whim – they were leaving him with no other option’

Torres began to gain some perverted pleasure from his series of demands.

He ordered that Roy Hodgson was brought in, the most clueless man he could think of.

He then scoured the Rothman Football Yearbook and picked out the second most injury-prone Premiership player after himself and asked that the club sign him. Joe Cole was duly brought in to appease their star striker.

Soon after this his extortions became ever more outlandish.

A Faberge egg that resembled King Juan Carlos I was somehow located and bought at considerable cost. A miniature pig that could hum Coldplay hits. Apples that tasted like Big Macs. The list became endless and each time the club bent over and took it like a Simon Cowell employee. 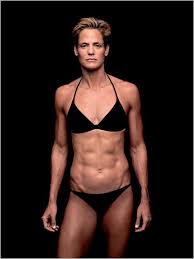 He finally snapped and asked for the impossible – a Liverpudlian who didn’t believe he was hilarious. After several months of searching every pub, club and Pizza Hut one was finally brought to him.

Torres was now incandescent and convinced that the club was purposely making him look like a spoilt brat. So, with the skewed logic of a desperate man, he began to purposely act in that very way. Just to show them.

‘That was so sad to see. Nando would strop about the pitch looking as disinterested as he could. Yet still the fans sung his bouncy song and the gaffer selected him for every game. He now viewed it as a battle of wills that he could not possibly win. ‘How could they do this to me? After all I have given them?’ he whined to me recently. ‘And now they’re spending a fortune getting Suerez, because they think he’ll compliment me perfectly up front!’’

This was the final humiliating straw to the proud Spaniard and a formal transfer request was duly submitted.

In other Scouse news it was revealed this morning that Everton gaffer David Moyes FORGOT that it was transfer deadline day.

The ginger Gollum spent the day presiding over training as usual for a Monday morning and then returned home at lunchtime to the evident surprise of his wife.

‘My missus looked aghast when I walked through the door – nothing new there. But then she said ‘You don’t know what day it is, do you?’ I immediately panic-bought flowers online assuming it was our anniversary. Or her birthday. With that done I stuck a bit of Lord of the Rings on – I watch it at least once a day to see what I could have done differently to retain my precious’.

‘Two hours in – when all is going well and I have the gold beauty momentarily in my grasp – I suddenly bolted from the settee as I remembered it was the last day in January.’

‘We put a routine bid in for little Shaun Wright-Phillips – nothing fancy, just a couple of million – that we knew would be rejected out of hand. But at least it gave the Evertonians something to get mildly excited about for a few minutes.’

‘It’s so frustrating though’, the deformed Scot admitted to us. ‘We really needed a striker or three because the ones we have would struggle to score with Danielle Lloyd!’

‘I was wondering why Harry kept phoning up offering money for Phil Neville, but I just thought he was joking. Well, you would wouldn’t you?’